Most podcast listeners don't look at episode notes (sometimes referred to as "show notes"). In the end, as long as people are listening to your podcast, this isn't a big deal. However, if you're going to write episode notes, you might as well do it in a way that gets people to read them.

I currently have two podcasts as well as a broadcast radio show is also distributed via podcast. Each show uses a different format for episode notes, based on its content, format, and focus.

Not all bullet points, but mostly bullet points. This is what I do for my podcast, RED Podcast - The Marketing Podcast For Experts, which is primarily a solo show where I give advice on how experts (authors, bloggers, podcasters, and others) can market themselves.

The episode notes for RED Podcast use the following five-part formula:

I edit my own podcasts and it’s during this time that I write the bullet points. When something interesting or possibly intriguing is mentioned, I stop the tape and write a bullet point for it.

You'll notice in Step 5 that only Apple Podcasts is mentioned -- not Google Podcasts, not Spotify, not RSS, or anywhere else. There are three reasons for doing this:

Note that this doesn't mean I neglect listeners who want to subscribe to my podcast via another method. Those links can be found under the player, which is above the episode notes.

2. A Summary Paragraph (Or Two)

Build A Big Podcast is a short (under 10 minutes per episode) podcast made specifically for podcasters. The content is more focused than RED Podcast, so it’s easier to get a potential listener who is reading its episode notes to take a chance on it. In addition, the short episode length doesn’t provide necessary volume of content to use for effective bullet points.

Because of these things, the episode notes for Build A Big Podcast are simply a one or two paragraph summary, followed by a call-to-action that encourages people to subscribe and download my free "Audience Attraction Cheat Sheet."

3. Written Notes On An Interview Outline

Below are episode notes from my broadcast radio show, Music Business Radio. All episodes are interview-format and recorded “live-to-tape” as if they were going out live.

While I could do bullet points or a summary paragraph for the episode notes on this show, a scan of my “interview plan” with handwritten notes added during the interview gives listeners a different perspective on how episodes of Music Business Radio are created and my thought process during interviews.

A scan isn’t nearly as clear as a rewrite of bullet points designed to sell the episode or a summary that boils the “big idea” of the episode into a couple of paragraphs. It’s far more compelling for many listeners though, especially hardcore fans who are familiar with me, the guests I'm interviewing, and the show.

Before I step into the studio for an interview, I come up with some basic questions and topics I want to cover during the episode, thinking ahead to how things could go. I type these ideas into an word processor or outliners, then print them.

Even with a highly-skilled host, an interview can go anywhere -- it becomes something completely different that what you thought it would be. This is where the handwritten notes come in.

The notes below are from an interview I did with two well-known graphic designers. Notice the “4th” marking above the third question on the list below (actually it's the fourth question — I mixed up numbers on my outline). This is an example of what I mean by "an interview can go anywhere."

Each episode is divided into four sections (with commercial breaks in-between) and the "4th" was a note for me to begin the fourth section of the episode with that question. That's how different my "plan" was from what we ended up with.

Other markups on this page...

The second page from this episode is below. Like the "4th" markup above, the "3rd" is where I reworked the order of topic discussion on-the-fly. You'll notice I also made changes to bring in my surprise guest, Julie.

Here are notes from another interview-format episode, this one with a legendary producer and session musician. I'm including this example to showcase other things that can happen during a live interview.

As a side note, this is one of the reasons listeners love looking at episode notes done in this fashion. Handwritten notes done as the episode is taking place show the "behind-the-scenes" elements of how you create your podcast. They also show that the finished, edited, and polished episode people hear took skill to make, which will make them appreciate you even more.

The first page of these notes is basically a bio I can refer to when introducing the guest or coming in and out of segments (remember — this show is primarily distributed via broadcast radio, not via podcast, so new people are tuning in as its playing and need to be brought up to speed).

You’ll notice last-minute notes I wrote regarding his first recording session as well as a project I wanted to get the story of. There are also a couple of quotes that came up during the interview, which I put on this page simply because I didn’t have room elsewhere.

I went into this interview having done a previous interview with this guest five years earlier. I’d also read his book, so all I needed were a few bullet points to help me guide the discussion.

Below is my outline for this episode, which was scheduled to be 54 minutes of finished tape. I wanted stories and I knew this guest had them. Because of this, I only needed a few bullet points to guide me into various things I wanted to ask about.

The bullet points worked. My guest had so many great stories, we ended up talking for about three hours. Because of this, this episode will likely become two episodes.

Will this format of episode notes work for you and your podcast? Maybe.

If the people who listen to your podcast know the names you mention and are curious about the topics covered, yes — this is a compelling way to share behind-the-scenes information about an episode. If you’re trying to attract new listeners though, most will find the “bullet point” option mentioned above more persuasive as that copy is designed to persuade. 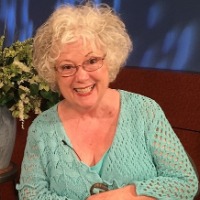 David Hooper
YOU DON'T NEED ANOTHER NEWSLETTER! But since you're here, how about one to help you grow your podcast audience?
Sign up for our newsletter
Share: