With so many podcasts in the "true crime" genre, it can be difficult to stand out in a unique way. Swindled has done that with its unique personality, strong branding and imagery, and consistent quality and focus.

I asked “A Concerned Citizen” about all of these things:

Low barrier to entry. I'm sure that's the most common answer you get for this question, but it's true. Starting a podcast requires little money and/or skill. All you really need is a microphone and a good idea.

Just your typical middle-class, college-educated millennial with a desk job trying to find some meaning in it all.

Why have you chosen to be anonymous?

The choice to present the show as "A Concerned Citizen" was more stylistic than anything. There's kind of a whistleblower/secrecy feel to the podcast that's best served by an anonymous host.

Obviously, the show is dependent upon my perspective and sense of humor, but I think the host is the least important part. I'd rather the focus be on the content, although I do like how the pseudonym allows me to portray more of an exaggerated version of myself. I'm basically playing a character at this point which encourages a bit more creative freedom.

What are the pros and cons of an anonymous podcast?

The anonymity does breed more curiosity from the audience, which is both a pro and a con in a sense. It's like the Streisand Effect in action. The less you want people to know, the more they want to know. It's a natural human instinct.

In retrospect, I should've seen that coming but I still think anonymity was the right decision. Plus, Swindled isn't necessarily something that I want following me around for the rest of my life courtesy of Google. I don't think prospective employers would be thrilled to discover that the guy they just hired has spent years researching how people have been ripped off. Or maybe they would! I don't want to find out.

The "big idea" behind Swindled...

Swindled is my first podcast. I had what I guess you could call an epiphany in the Summer of 2017. I was searching for a podcast similar in content to what Swindled has become and I wasn't impressed with what I was finding. Either the shows were defunct or didn't quite scratch that itch. I wanted something a bit darker.

The more I thought about it, the more the vision became clearer as far as the artwork and tone of the show. I was in graduate school at the time, so I was writing A LOT. I was in-and-out of garage bands in high school and college so I knew how the basics of audio production and how to record in a bedroom with limited gear. I'd spent time freelancing as a graphic/web designer. And I have a degree in accounting and work experience in finance, which are key components to the show. Essentially, I had been preparing my entire life to produce this show.

What non-podcasting skills do you have that help you produce Swindled?

Marketing and just general Internet savvy. It doesn't necessarily help me produce the podcast, but those skills have definitely helped it find an audience. Quite frankly, I'm not sure how those skills developed in me personally. Definitely not in school. I think it's from a lifetime of recognizing what I like and why I like it and then just translating those tastes to my show. A cohesive vision goes a long way.

On the visual elements of Swindled and its importance in podcasting success...

Not all of the artwork is created "from scratch" because I'm limited in that regard, but knowing my way around Photoshop and Illustrator has definitely served me well. There are an unlimited number of podcasts out there and it's difficult to stand out from the crowd. But I think the artwork for Swindled certainly helps and I don't have to wait on anyone else to make it.

How to be successful via fan-funding...

This is probably another cliché answer, but content is king. Focus on making a consistently good and original show and everything else will follow. Instead of becoming just another podcast you will become someone's favorite podcast and your listeners will be more than willing to support you even if they don't know your name. 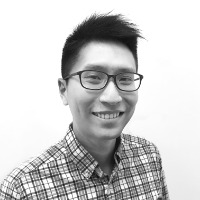 John Tay
YOU DON'T NEED ANOTHER NEWSLETTER! But since you're here, how about one to help you grow your podcast audience?
Sign up for our newsletter
Share: